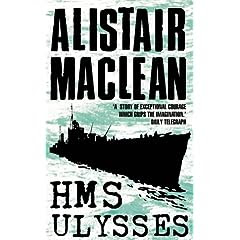 Its been awhile since i read my last novel. Have been really busy studying for my engineering exams and with my project and project report. So when I decided to pick up my next novel I went to my favourite author whos first ever book ive been meaning to read for an eon.
This has to go down as one of the best books on a naval ship during World War II; i mean World War II is so full of extraordinary stories of human endurance and the horrors, feats and the futility of war plus the professional admiration and damnation of the other party for both sides that are at war.
A crew that has been lead to mutiny not because they are unhappy with the captain infact there is none whom they respect and admire more than the legendary Captain Vallery; but because they have already been driven to their limit and almost to the point of madness and even murder. This is an account of how tough life can get aboard a naval ship. This crew has no time for rest because it needs to urgently escort a convoy - a FR-77 all the way to Murmansk from Scapa Flow in the UK. The lack of consideration of the Royal Navy is highlighted here. Also there is the fear of obvious encounters with U-boats and fighter aircrafts as the Germans would do everything in their power to bring down this convoy and the Ulysses which would be a prize in itself. If that wasnt enough there is a possible chance of an encounter with the great German battleship 'the Tirpitz'.
So they set out on this ill-fated voyage. Maclean in his typical style goes at length to describe the entire ship and all the aspects that go along. These detailed descriptions is what is love about his books. Seriously nobody describes action as well as he does. They encounter the greatest Arctic storm ever, and finally make the rendezvous with the convoy. Then come the U-boats wolf-packs. MacLean makes a mention of the brilliant German technology and tactics along the way aswell. The lucky Ulysses is outdone by one of these when Admiral Tyndall makes a horrible blunder by believing he can take down a ship with a radar of a seemingly longer range than the one on the Ulysses. The Ulysses walks into the trap and the U-boats destroy the ship. After that Captain Vallery steps in to do some damage control until his death. Ultimately the Ulysses sinks by ramming into an attacking cruiser after all her communication and weaponry has been destroyed mainly by the aircrafts that crashed into the ship. The convoy with a meer 5 ships out of 32 remaining do reach Murmansk.
The book mainly highlights human resilience more than tactical brilliance. Its a must read for any seaman or any wannabe seaman.
Posted by Unknown

Haha, Alistair Maclean! God, remember reading those ones they had in the BSS library? I think The Way To Dusty Death was the first one I'd read, what a great book that was.

yea i remember you were the one who introduced me to him. he has a gr8 way of combining detailed description of the technolgy behind his story and an amazing finish to the story...